DARKEST ZIMBABWE: a one percenter’s trek into the unknown

1998 travels through Southern Africa directly before the collapse

Stepping off the plane onto the steaming tarmac of Harare International Airport, I lit my first cigarette in hours and took in my surroundings. I was the solitary white man amidst a crowd of black folks jostling to file into the terminal to escape the blistering evening heat. I was upside down: The setting sun felt like the mid-morning sun and no matter how much I tried to convince my mind, it simply refused to listen to my nonsense.

It didn't take a translator to understand the debate: I would
either leave this godforsaken village in one piece or be knifed
and left in a ditch to rot.

My prearranged ride was parked at the street-side curb and I approached the rusted-out hooptie with some trepidation. The driver and his brother (Hillary and Nigel, respectively) leaned on the hood, smoked cigarettes and grinned at me like used car salesmen watching a new-born sucker approach. A lone white traveler was a legitimate target for hustlers, and just because Hillary and I had agreed to a strict price didn’t mean I couldn’t be squeezed for a bit more down the line.

Nigel, a skinny youth in dirty tank top, popped the boot and stuffed my two duffels in between the wooden half-racks. He tossed a bottle of Zambezi to Hillary and nodded at me. Drinking and driving? Sure, what the heck (when in Rome…).

We climbed into the vehicle and shot down the road, Ladysmith Black Mambazo blaring on the tape deck (for my benefit, I’m sure) and me guzzling warm African beer. It wasn’t the fact that we were barreling down the left side of the road (a British colony) that had me on edge: It was the realization that there were no rules of the road in Zim. People drove how they felt and no one got peeved. No rules, no road rage – I kinda liked that.

“Where to, boss?” Hillary said, staring in the rear-view mirror. My adventurous side shouted, “To the real Zimbabwe, man, and step on it!” But, after an exhausting ten-hour flight from London, my wimpy side took control of the wheel and I said meekly, “The Holiday Inn. Yes, that’ll do just fine.”

After a much-needed rest and hot shower, I met Hillary and Nigel at our rendezvous point in the Holiday Inn parking lot. The morning sun felt right; my clock was adjusted, I was filled with renewed vigor and now felt ready to attack Southern Africa with gusto. “I want to see the real Zimbabwe,” I said, puffing out my chest. The brothers chuckled and Hillary cocked an eyebrow at me, said, “Yeah sure, boss, whatever you say.” I admit I was a bit deflated after the sarcastic laugh, but I was determined not to let anything dampen my spirits.

We headed Southeast out of Harare down a long narrow stretch of bumpy dirt road and, a few miles from the border of Mozambique, veered down a second road (even narrower and bumpier than the first) which ended in a dusty, decrepit village. Feeling quite tight after hours of drinking warm Zambezi, I stumbled out of the hoopdie and looked around.

The village was reminiscent of an old west ghost town: Abandoned, windowless wood-board buildings lined both sides of the “street” and the only action in town seemed to be at the bottle store, the Zim equivalent of a saloon.

Several young black males in dusty blue jeans and unbuttoned western shirts were sprawled across the store’s wooden boardwalk, sipping beer and eyeing us strangely (I found out later this was the first time in years a white man had visited, with a few of the younger men never even having laid eyes on a Caucasian).

Hillary and Nigel whispered to each other, looked at me and suddenly I felt like a cat who had wandered into a dog kennel. Hillary shrugged and said, “We need beer, boss. You can wait here if you like.” “Nah, I’m good,” I said, “Let’s go.”

We stepped through the open doorway and walked over to the counter. The intense game of foosball in the corner that had previously captivated the crowd now seemed much less interesting that the white tourist who had stopped in for a cold beer. I’m sure they didn’t know what to make of me: I obviously wasn’t one of the local Rhodesians, the one percent of the white population that called Zim home; my complexion, Seattle Mariners baseball hat and Adidas shoes marked me as something alien.

I enjoyed the attention, that whole “stranger in a strange land” vibe I was casting, but this quickly changed to tension as the crowd surrounded my group and glared at us with angry and fearful eyes. 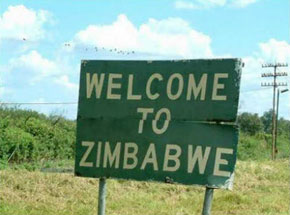 The Rhodesians aren’t exactly loved by the black populace as a whole and, much aware of this, many whites wear military fatigues and sidearms to both intimidate and avert potential violence. And here was this naive white man (not Rhodesian, but close enough) smiling like an idiot, unarmed and alone.

One man dropped to his knees in front of me, hugged my leg and pretended to cry. He jumped up and everyone laughed and high-fived him. Hillary and Nigel were in a heated argument, speaking in Shona with one of the older men. They gestured at me, looking wide-eyed, sweat beading on their foreheads. It didn’t take a translator to understand the debate: I would either leave this godforsaken village in one piece or be knifed and left in a ditch to rot.

Everything became very surreal: I was a detached observer, watching a drama play out before my eyes, the life of a foolish white man at stake. There was no fear, simply fascination. The writer in me took the reigns, excited about the prospect of walking away from this with another great story in my arsenal of world experiences.

Thankfully, Hillary (being the expert con man he is) convinced them I was harmless and we quickly skirted outside (after purchasing a half rack of Zambezi – priorities, you know) and the hooptie left a cloud of dust in our wake as we tore out of town. I stared out the back window at the shrinking black faces lined up on the boardwalk, not feeling anything, which surprised me. It would be processed later after the shock wore off.

The skinniest woman I had ever laid eyes on shuffled over
to me, zombie-like, and I felt a knot grow in my stomach.

We approached Mutare, made our way over Christmas Pass and soon we closed on the border of Mozambique. After a short drive, we detoured onto a cruddy roadway and stopped in front of a weathered, brown brick two-story hospital.

A mass of emaciated children surrounded the vehicle, pounded on the windows, pressed dirty faces to the glass. “My sister’s orphanage,” Hillary said.

We pushed our way into the crowd and, feeling overwhelmed by the half-dozen children glued to my legs and the wooden begging bowls shoved in my face, I looked at Hillary with pleading eyes. He laughed as he swam through the crowd and said, “The real Zimbabwe, boss.”

We made our way inside and a heavyset woman in a colorful wraparound hugged Hillary. Paying no attention to me, she guided her brother into an office and shut the door. I stood alone in the hallway…well, not exactly alone. The skinniest woman I had ever laid eyes on shuffled over to me, zombie-like, and I felt a knot grow in my stomach.

Her shaved head, sunken eyes and grey pallor made me question whether this was truly a living human or an animated corpse. Ignoring the conventional social rules of personal space, she stepped into me, soaked me up. She ran a long, broken fingernail over my camera case, then stared into my eyes, giving me the distinct impression that she could read my mind.

Hillary grabbed my shoulder from behind, jerked me back. “Auuugggg, no, boss, she has AIDS,” he said. This didn’t particularly shock or surprise me, as it was obvious something was seriously wrong with the woman. I have friends back in Seattle who are afflicted with this disease but, thanks to Western medicine, live perfectly normal, active lives. I had never seen someone who suffered from full-blown AIDS and left untreated, allowing the disease carte blanche to ravage the mind and body at will.

Shaken, Hillary hustled me outside, navigating through the children and jumped in the car. Hillary later told me he had lost most of his relatives to the dreaded disease and was extremely paranoid of contracting it himself. Understandable, as (at the time) it was estimated that close to fifty percent of the population was HIV positive.

We headed back up the dirt road toward Harare and Hillary, noticing my sullen expression, said, “Hey, tomorrow we do something fun. Head up to Zambia, go bungee jump at Victoria Falls.”“Sounds perfect,” I said, the thought of finally seeing the famous falls revamping my spirits.

Day one was over, and the little bit I had experienced of Zimbabwe had already affected me on several levels. I was anxious to see what else this beautiful, dangerous country had to offer me in the coming weeks. 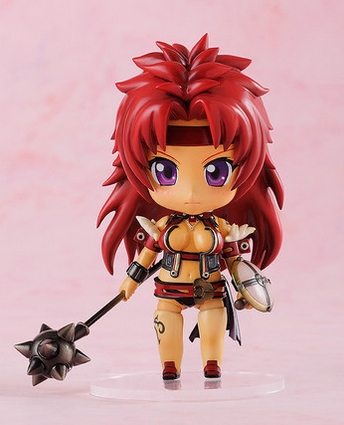